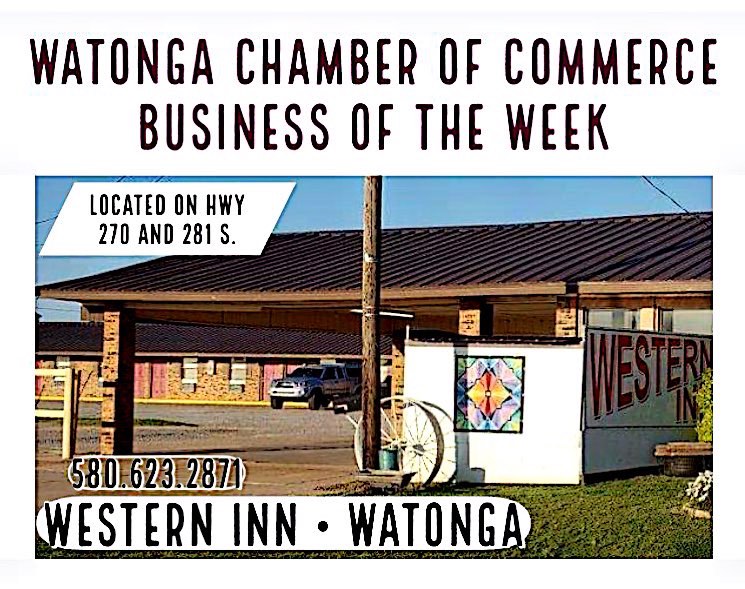 The Western Inn has 31 units maintained with guest comfort in mind. Non-smoking rooms are available. All rooms include WiFi and DirectTV. They are furnished with Serta piollow-top mattresses, refrigerators, and microwaves. Available rooms offer either two queen beds or one king bed – a triple bedroom is also onsite. Guest laundry is located next to the office for guest’s convenience.

ABOUT WATONGA
Watonga is the county seat of Blaine County, located at the junction where State Highways 8 and 33 meet U.S. Highway 270. The Northwestern Oklahoma community grew from a tent city in the midst of the Cheyenne-Arapaho Reservation. It was part of a non-Indian settlement opened in a land run on April 19, 1892.
​
The town was named for Arapaho Chief Wa-ton-gha, whose name meant Black Coyote. A post office was established in 1892. In 1902, the Enid and Anadarko Railway opened a line extending west from Guthrie and passed through Watonga. The 60-mile leg was the community’s first rail connection and became a vital transportation link for the area’s growing agricultural industry. Four years later, the Blaine County Courthouse was built and remains as one of several in Oklahoma that predate statehood.
​
In October 1892, Thompson B. Ferguson arrived in Watonga and established the Watonga Republican newspaper. In 1901, President Theodore Roosevelt appointed him as Oklahoma’s eighth territorial governor. He served until 1906, leaving office a year before Oklahoma became the nation’s 46th state.
​
By 1940, the city had grown to a population of more than 2,800. That same year, the Watonga Cheese Factory was established in a building that had formerly served as an ice and electric plant. The factory, famous for its many dairy products, inspired Watonga’s annual cheese festival in 1976. After operating in Watonga for 70 years, damage from Tropical Storm Erin forced the cheese factory to relocate in 2010, but the annual Watonga Cheese Festival continues to be a community celebration every October.
​
Watonga’s current population is about 3,000. Famous people from the community include native son Clarence Nash, who provided the voice of Walt Disney’s cartoon character Donald Duck.
​
Buildings on the National Register of Historic Places include the Watonga National Guard Armory, the Blaine County Courthouse, the Noble Hotel, the Thompson Benton Ferguson House, the Cronkhite Ranch House, the U.S. Post Office, and the J. H. Wagner House.

Are You Creative ~ Design the 2021 Watonga Cheese Festival T-Shirt 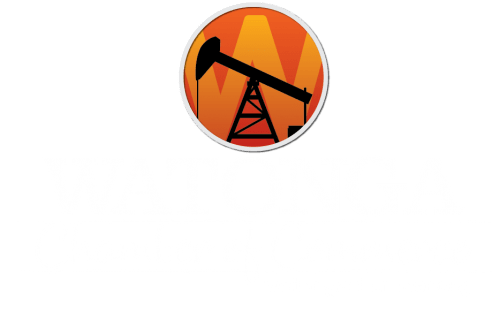